Here you can ask questions, express your opinion on quality of services or leave your feedback

PURPOSE AND SCOPE OF APPLICATION 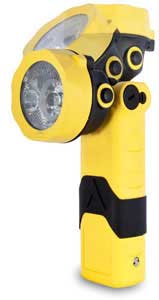 Explosion-proof LED battery flashlights FOGOR04 are equipped with a unique optical system with two ultra bright LEDs and li-ion battery of the last generation that ensures long operation and low weight. The flashlight is intended for group and individual autonomous lighting when carrying out emergency repair and rescue works in hazardous and fire dangerous areas. The flashlight is also intended for underground use, including for mining rescue works.

The light fixture switches on in less than 1 second, LED radiation spectrum is characterized by absence of ultraviolet and infrared component.

Explosion-proof LED battery flashlights FOGOR04 are resistant to low (up to -40°С) and high (up to +150°С) ambient temperatures, exposure to UV radiation, smoke, filth and water. The structure of flashlights and control elements enable to work in gloves.

Lamp turning at 90° helps to keep the flashlight in hands, fasten it to clothes or install on any surface with required light beam angle. Fire-resistant lamp glass does not dim and is resistant to the exposure of open fire and toxic smoke, which is important in case of fire or for emergency rescue works. 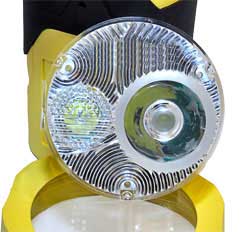 Low beam mode enables to illuminate ground area for user and ensure safe movement of the user or group without creating blinding counterlight.

High beam mode has a better penetrating power of a light beam and helps to illuminate longer distances and whole facilities. In order to reach maximum power of the flashlight, both lighting modes may be used simultaneously.

User may choose one of three light intensity modes at any time depending on lighting conditions, required brightness of a light source and duration of operation of the flashlight at remaining charge of the storage battery.

Digital display is located on the rear side of the housing of the device that shows the remaining battery operation time in current lighting mode. The signal of remaining charge of storage battery sufficient for less than 15 minutes of flashlight work is given. 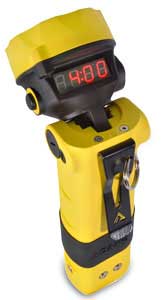 Microprocessor control is used in FOGOR04 flashlights that performs diagnostics and control of operation of nodal elements of the device and protects storage battery from overdischarge.

Thanks to the microprocessor control, the flashlight features self-diagnostics of nodal elements of the device. Modular construction of flashlights helps to quickly change out-of-operation nodes, which makes the device serviceable and repairable.

Emergency lighting function activates the flashlight emergency mode, which simplifies the access of staff to flashlights that are located in charging stand or individual chargers in case of de-energizing. This function is activated automatically in case of power failure and may be used for lighting of equipment and pathways at facilities. 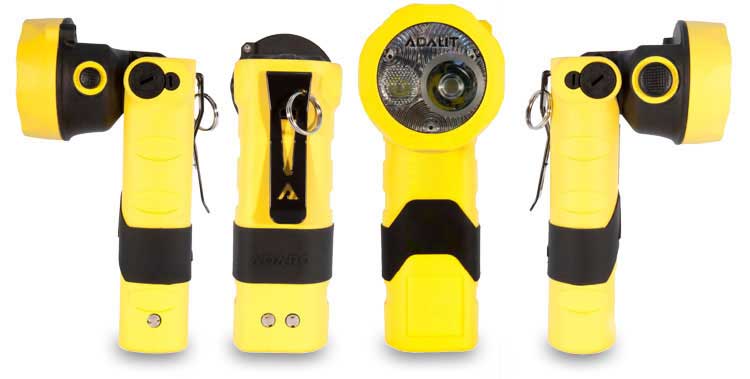 CONFORMITY TO STANDARDS IN RUSSIA 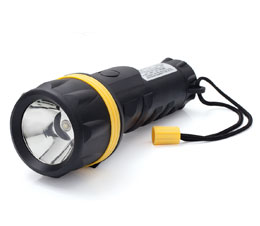 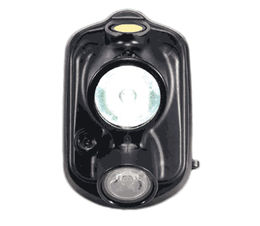 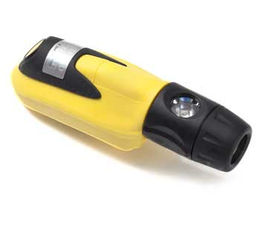 In the information given here, technical inaccuracies and typographical errors may occur. Changes are made to the web-publication from time to time, which will be reflected in the next editions. Due to the constant improvement of the design, there may be minor changes in your equipment not shown on the website. Any whole or partial reproduction of the web-document is prohibited.